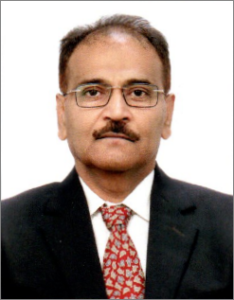 Looking back at the history of the Jharkhand State Cricket Association, one is filled with a sense of pride and admiration. Established in the year 1935 by an ardent and devoted bunch of cricket lovers in Jamshedpur as the Bihar Cricket Association, the Association attained the status of a Full Member of the Board of Control for Cricket in India instantaneously which was itself at the time, in a nascent state.

While traversing this long and momentous voyage, the Association has nursed distinguished cricketers, administrators, and eminent cricket personalities. The altitude of repute that the JSCA has attained could not have been possible had it not been for the sustained and generous support of the great industrial house that is the Tatas, and more specifically, the support of the Tata Iron and Steel Company. While the rest of Bihar was still fumbling with the fundamentals of the game, the Tatas gave us a prominent place on the Indian cricket map. Thanks to their unwavering support, we were able to make an early first-class debut, as early as 1936-37, and also enable one of our players to play for the national side. It is not without reason then, that for many years cricket in undivided Bihar was considered synonymous with Tata Steel.

However, the Association did go through a tumultuous transition after the State of Bihar was bifurcated in 2000. This disturbed the existing structure of the Association and gave rise to a number of adversities and busybody led upstart bodies. A great number of possible solutions were deliberated upon, however the one that eventually succeeded on the fifty-eighth Independence Day of India, succeeded only because it unequivocally recognized the fact that the essence of cricket in undivided Bihar lay where Jharkhand stands today and affirmed that the Association would continue as the Jharkhand State Cricket Association. However, destiny tested our even further, and whether it was elections or litigations, we remained undefeated.

Today, the Association stands at a historic phase in its history, not only is the captain of the national side from Jharkhand but several other players have made their mark on the national stage in the past few years, three of them going on to play for the country. On March 1, 2011, for the first time in the history of the Association, the state team demolished Gujarat in the Finals to win the Vijay Hazare Trophy, a victory symbolic of the ascendancy of Jharkhand cricket. A number of players have also gone on to perform valuable roles for their various franchises in the Indian Premier League. But, perhaps, the greatest reason for happiness for the Association and every cricket enthusiast in Jharkhand is the construction of our own International Stadium at Ranchi. The construction began on June 19, 2009, and hosted its first first-class match in November 2010. Apart from a world-class stadium, the complex also has a second regulation, The Ranchi Oval, a fully equipped Indoor Cricket Facility, outdoor practice nets with ten wickets, state of the art synthetic tennis courts, a swimming pool, a clubhouse, etcetera. It is our constant hope that the stadium, to which the greatest combined energies of the Association have been given, will turn out to be the best in the country. Even though the Association owns its own stadium now, we must thank the Tatas, for not only providing their services all these years but also for giving us the incentive to build our own home by denying us access to the Keenan Stadium at Jamshedpur the past few years.

Jharkhand has been and will continue to be a crucible of excellence in cricket. The new stadium offers us an avenue of independence, liberation from serfdom, and self-fulfillment. I sincerely hope that the state will only augment its already significant contribution to the sport of cricket in the years to come. We stand on the threshold of greatness, on our own feet and we promise to never look back, except at our rich and glorious history.